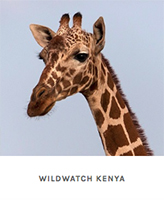 As the days get colder and the nights get longer, treat yourself to some beautiful, sunny vistas of the Kenyan safari. I can feel my blood pressure sinking with each photo, regardless of whether they include any giraffes or not.

Zooniverse is a site that features projects in need of crowdsourcing large amounts of data. Wildwatch Kenya, the one I’ve gotten particularly attached to, is tracking giraffes in a research project for conservation. They have thousands of photos taken by motion-sensor cameras. Most of the photos have nothing in them, being triggered by wind or a bug or something, but the scenery is gorgeous, and the excitement of finally seeing a giraffe, zebra, or elephant is a bit ridiculous.

There are dozens of other wildlife-photo-based projects, but I also got interested in transcribing historical documents. You know various novels, like Jane Austen’s, where some character is complaining about another’s handwritten letters? I’m now full of sympathy! The transcribing also gives such a realistic look into the time periods from a more everyday perspective than is usually shown in the history books.

I started with some letters from Boston Public Library’s Anti-Slavery collection, and while it wasn’t as historically inspiring as I’d hoped, it was actually pretty thrilling to read the more trivial and petty infighting among the famous abolitionists of the day. That particular project is currently being updated, so I switched over to transcribing handwritten surveys from soldiers in WWII, and it is also fascinating, but grimmer.

All of the projects are particularly addictive because they’ve taken the Netflix approach: when you’ve finished identifying a photo/transcribing writing and submit it, the next one just pops right up! I’ve had many late nights this past week trying to tear myself away from “just one more”.