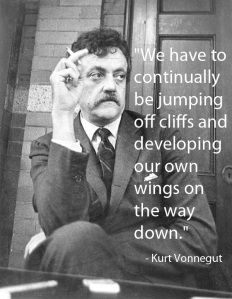 I have mixed feelings about Kurt Vonnegut. I think he has some extremely important ideas in his writing and I know he’s deeply affected a lot of people, but I don’t actually care for most of his writing. He’s still worth reading and I was thinking about him yesterday while I was reading my daily quoto of Ayn Rand (25 pages per day, five days a week.) Despite making a comparison between two authors without having actually read all that much by either, I think they have many similar points of view and many similar styles. But Vonnegut not only writes much shorter books and even short stories, I think he also has a more nuanced sense of people.

Anyway, some of his short stories can be found online.

Another of his stories, one that I actually really enjoy, is “Report on the Barnhouse Effect.” While this story also deals with the individual’s ability to achieve great things and to effect the world as a whole, it’s also about taking personal responsibility for the world as a whole, and even the possibility of (as Tony Stark says) privatizing world peace. Privatizing world peace is not something I would approve of in the real world, but it sure makes a good story and I do like the look at personal responsibility on a global scale. 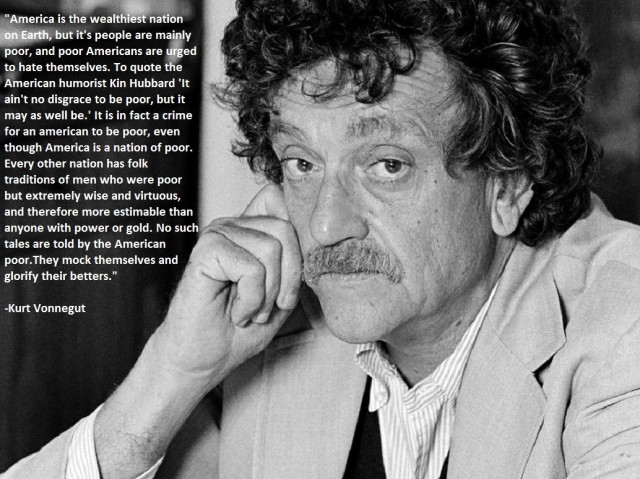 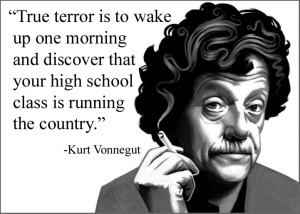 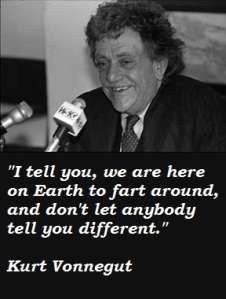 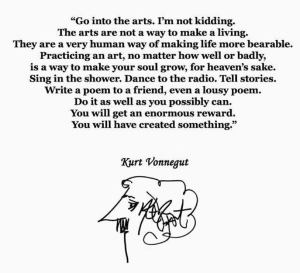